A global network coordinating the fight against cholera

Harnessing the power of modern methods to tackle an old disease

The Global Task Force on Cholera Control is a partnership of more than 50 institutions, including NGOs, academic institutions, and UN agencies.

We bring together organizations working across multiple sectors and serve as an effective platform to support countries in the implementation of the Global Roadmap, which targets a 90% reduction in cholera deaths and cholera elimination in 20 countries.

The GTFCC synchronizes partners’ efforts and investments toward a coordinated, multi-sector approach to cholera control as outlined in the Global Roadmap.

The GTFCC offers countries the capacity, tools, and assistance to develop National Cholera Plans (NCPs) and implement them effectively, including: 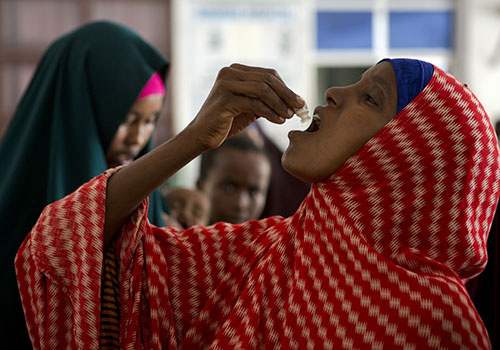 Building a movement to end cholera

The GTFCC was created in 1992 in the context of an unprecedent cholera outbreak in Peru.

In 2011 following the emergence of cholera in Haiti, the 64th World Health Assembly called for the renewal of the GTFCC.

In 2014, the GTFCC was revitalized to create new momentum around cholera control and play a critical role in coordinating partners and activities.

In 2017, with the launch of Ending Cholera: A Global Roadmap to 2030, the GTFCC became the locus of a highly energized community of organizations, countries, and donors seeking to control cholera. Partner organizations signed the Declaration to End Cholera, committing their resources and expertise to carrying out the Global Roadmap.

In 2018, WHO member states passed a resolution at the 71st World Health Assembly committing to the Global Roadmap. That same year, at the WHO Regional Committee for Africa, 47 African countries adopted a regional framework in alignment with the Roadmap.

Since the launch of the Global Roadmap strategy, the movement to end cholera has been steadily growing, led by countries like Zambia, Haiti, Bangladesh, and many others, whose leaders are taking bold and courageous action to end cholera in their countries and around the world. 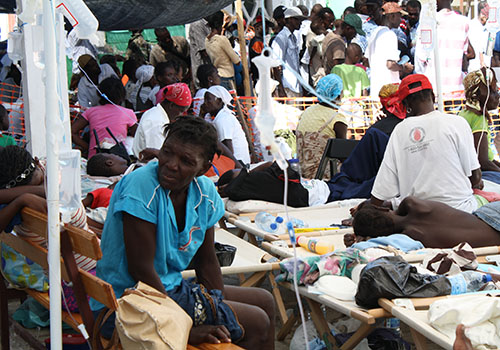 In our charter, the members of the Global Task Force affirm the vision of a world in which cholera no longer presents a threat to public health and commit to the target of a 90% reduction in cholera deaths by 2030.

In the run-up to 2030, we rely on our many partners to achieve our objective: UN and international agencies, academic institutions, and NGOs.

A framework for action

A new design to drive the Global Roadmap

The structure of the GTFCC has been progressively strengthened to enhance its capacity to support countries:

The Global Strategic Direction and Accountabilty is provided by a steering committee of 11 members representing GTFCC institutions, donors and endemic countries, and a General Assembly of all stakeholders meeting once a year. An Independent Review Panel provide transparent and in-depth review of NCPs for endorsement by the GTFCC.

The GTFCC secretariat is hosted by WHO and ensures coordination between the WHO cholera program and the Country Support Platform.

The WHO cholera program establishes and upholds norms and standards for cholera control efforts through the GTFCC technical working groups: 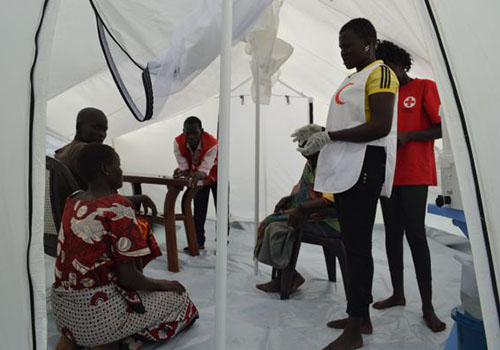 You can choose which cookies you want to allow across the site by adjusting the toggles below. Update your cookie preferences at any time by clicking the "Cookies Settings" link on any webpage, which will return you to this preference centre. For more information, click "Cookies Details" below, and read our Cookies Policy.
Marketing cookies
Social networks and video sharing services improve the usability of the site, enrich its content, increase its visibility and help promote it via content sharing.
Necessary cookies
Certain cookies are necessary to ensure the proper functioning of the Mérieux Foundation website. If you wish, you can configure your Internet browser to restrict or block these cookies.
Performance cookies
These cookies allow us to establish statistics relating to the frequentation and use of the website, by determining for example the number of visits to the website and what are the most or least visited pages, by evaluating the navigation of users on the website and by identifying possible dysfunctions. They thus contribute to the constant improvement of the website.
Save & Accept